“I’m truly honored to be appointed captain of the West Indies and I will like to thank Cricket West Indies board of directors for placing their faith and confidence in me.” above quote was the opening line from the newly appointed West Indies white-ball captain Kieron Pollard, as the Trinidadian held his press conference on Monday 9th September. It was a somewhat surprising announcement, as the 32-year old has not even played an ODI for nearly three years and was reportedly part of an eight-man shortlist put forward by the selection task force. He replaces Jason Holder in the ODI format and Carlos Brathwaite in T20Is.

Make no mistake, Kieron Pollard is a talented cricketer, who has shone all around the world for many teams in the limited-overs format and he has displayed his leadership qualities already. He led the Barbados Tridents to back-to-back finals in the Caribbean Premier League in 2014 and 2015, winning the first while suffering defeat in the latter. He has also, on occasion, led his Indian Premier League team, Mumbai Indians, with solid results as well.

However, this is international cricket and most significantly, this is the West Indies team and it is a squad that is way down the table at the moment. Currently, the Caribbean side, who has triumphed in five ICC tournaments, is lying at the ninth position in both the 50-over and the T20 format of the game.

In the recently concluded World Cup, the two-time champions finished ninth, only above win-less Afghanistan. The team’s first post-World Cup series brought further disappointment to West Indies fans. Playing at home against India, they lost both limited-overs contests without managing a single victory.

The man from Tacarigua was hired as part of the “medium to long term strategy” according to the CWI(Cricket West Indies) in an attempt to improve the West Indies team rankings in limited-overs cricket. 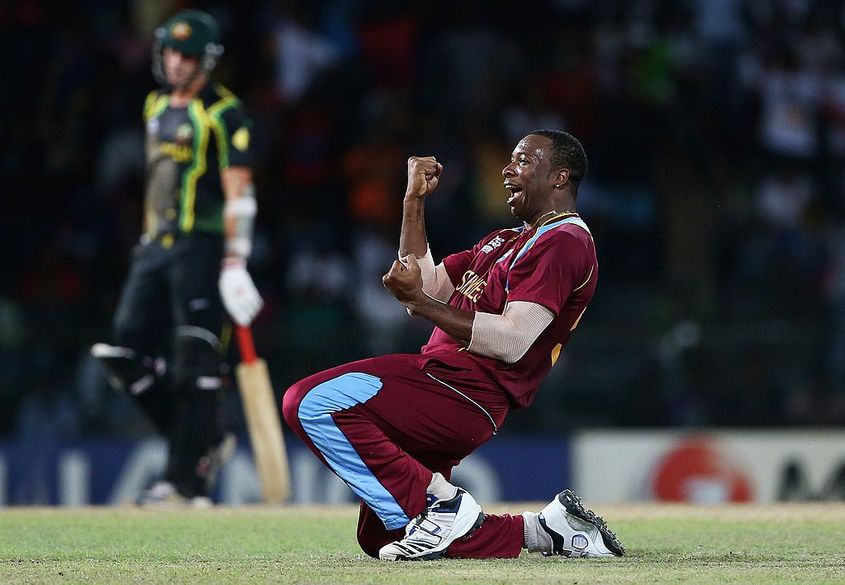 As we speak Pollard is captaining the Trinbago Knight Riders in the CPL but his first assignment is not too far away. The team play away in a limited overs series against Afghanistan and India each in November and December respectively. Close on the horizon is the T20 World Cup which will be held in Australia in just over a year’s time and will be the new captain’s first major tournament at the helm. The West Indies are the defending champions having won the last edition of the sport’s shortest format back in 2016 in India.

Pollard addressed the questions from the media saying that the T20 World Cup is definitely a “goal” of the team and a “priority” of his captaincy.

The word “priority” is quite important in Pollard’s appointment as skipper.

The reason being that him and many other top West Indies players have been accused of “prioritizing” the riches of the many T20 tournaments around the world rather than make themselves fully available to represent the West Indies.Inevitably, that issue was brought up, and Pollard said that he sat down with his inner circle and discussed the matter and came to this decision.

Former Windies player Dwayne Bravo even posted a congratulatory message on Pollard’s appointment with a rather cheeky line.

Congratulations my friend @kieron.pollard55 on being appointed WI captain🙏🙏 you deserve it and u will be a great leader hopefully I can finally get back in WI colors again 😂😂😂😂🔥🔥 #Champion 🇹🇹🇹🇹🇹🇹

It does beg the question as to which players will be picked and significantly, which ones will be at Pollard’s disposal for selection going forward?

What will be the role of players like veterans Chris Gayle, Andre Russell, Denesh Ramdin, Sunil Narine, Lendl Simmons, and others. Also, with Holder and Brathwaite no longer leading the limited-overs squads, they both will now have to fight for their places just like the rest of the players. There are also a number of talented youngsters in the current set-up such as Shimron Hetmyer, Nicholas Pooran, Keemo Paul among others who need to be groomed to take over sooner rather than later.

How Pollard and the management staff mix the youth with the experienced campaigners will be a key element in whatever success he achieves.

Speaking of the management, the West Indies are in the process of looking for a new permanent Head Coach. Floyd Reifer has been the caretaker coach since April after Richard Pybus was sacked. The West Indies Cricket Board have set up an application process with the deadline set on the 20th of September. It will be interesting to see what influence Pollard will have on this decision.As someone who has played top-level cricket for well over a decade and interacted with many coaches around the world, one would think that his input will be taken into account.

So here we have it, a completely new era that the West Indies are heading towards. New CEO, new Captain and soon a new Head Coach. There is no guarantee that this “revolution” will lead to success but at least West Indies fans can look up to their team as a stable set-up for the first time in a long while.

West Indies have won despite the politics and drama in administration. Imagine what they can achieve without it…

Is Ross Taylor the Most Underrated ODI Batsman ?

Is Babar Azam the next Virat Kohli?

South African Cricket: A glimpse into the future

Steyn vs Anderson : Who is the best in Test Cricket?

Is Ross Taylor the Most Underrated ODI Batsman ?