Today, the 2nd of June, we celebrate the birthday of the modern-day legend in test cricket. It is none other than steve smith. At the age of 20, Steven Smith made his debut as a leg spinner. But over the years he went on to become probably the best test batsmen of this generation.

Steven Smith’s unorthodox way of batting made him unique from others. He doesn’t follow the textbook style of batting. But his unconventional technique earned runs in a heap. He amassed 7227 runs with an astonishing average of 62.8 in his Test career. Some have even hailed him as “second only to Don Bradman”.

He dominated every bowling attack with ease. Smith is the fastest batsman ever to reach 7000 Test runs. He has an away average of over 60 which is incredible. Now let’s take a look at some of the best moments of his career. 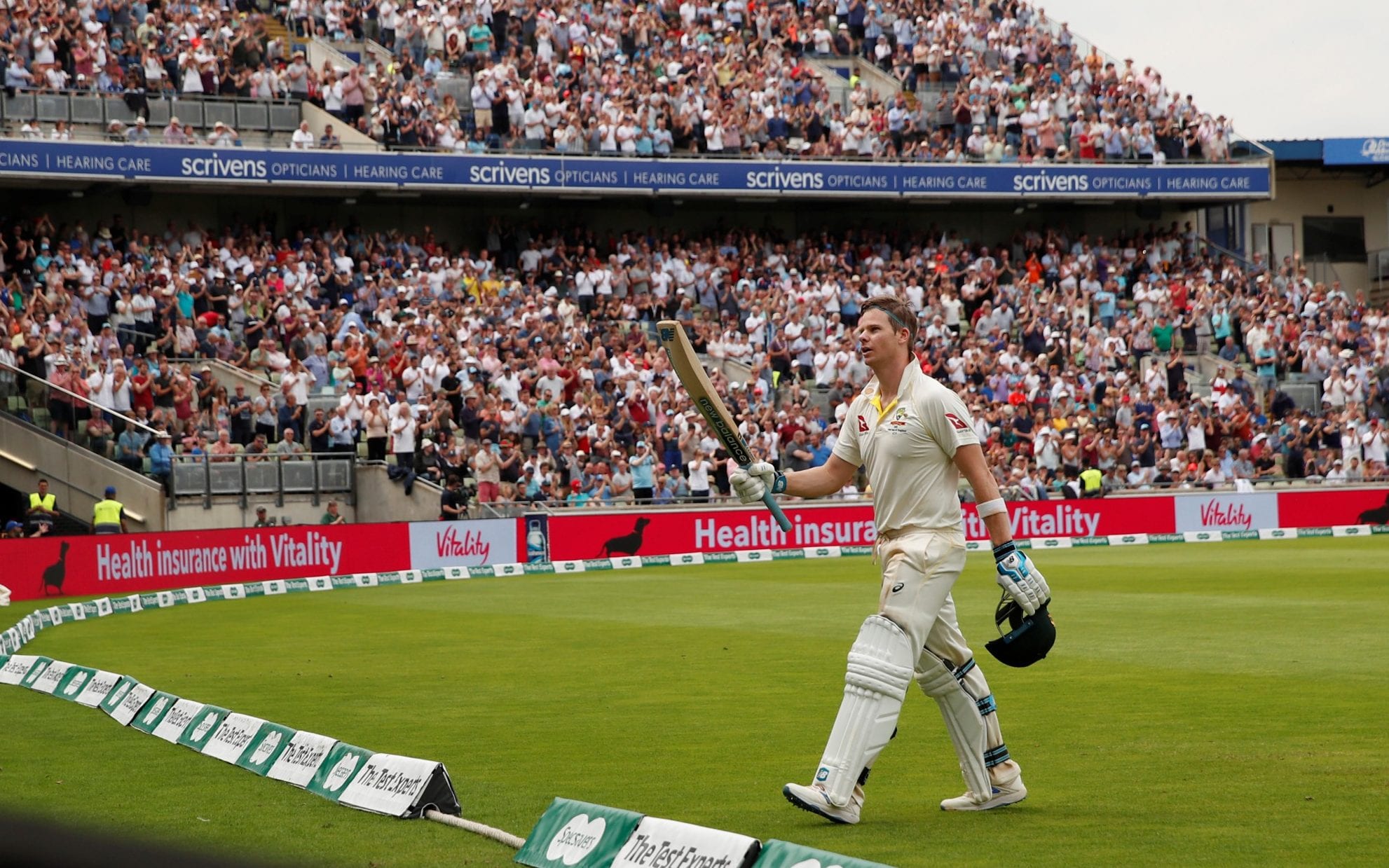 This was his first test match after serving his 12-month ban due to ball-tampering scandal. Steven Smith came to the crease when Aussies were struggling at 17/2 in the first innings. He received a wild reception from the English crowds. But Steven Smith went on to score one of the magnificent centuries of his career. He scored an impressive 144 that revived Australia from 122/8 to a respectable score of 284.

He backed up his first-innings heroics with a well crafted 142 in the second innings. Aussies set a target of 397 for England to chase. Aussies won that test match by a margin of 251 runs. Steve Smith becomes fifth Australian to score twin centuries of an Ashes Test.

It was the first test of much anticipated 4 match test series. The Indian team were on an unbeaten run of 19 matches at home. As usual, a rank turner was dished out at the Aussies. But surprisingly Aussies came good. Australians secured a first-innings lead of 155. Steven Smith showed his heroics in the second innings by scoring a brilliant 109.

Indians were given with a daunting target of 441 to chase. Aussies went onto win that test by 333 runs. This will go down as a big upset as you get in modern-day Test cricket.

To get into the Lord’s honour board is a dream for every cricketer. But only a few of them get a chance to achieve it. Smith scored a remarkable 215 in the 2nd test of 2015 Ashes series to get into the honours board. Australia might have lost the 2015 Ashes series, but, on the hostile English land, one of their own became a legend to be celebrated.

Aussies scored a mammoth total of 566 in their first innings. England was given 509 to chase in the last innings. But they bundled out for 103. It was a huge win for the Aussies. Smith became the third Australian to reach 200 at Lord’s after Donald Bradman and Bill Brown.

It was the 4th test of the Ashes series 2019. The scoreline was at 1-1 and Aussies are just a win away from retaining the Urn. Steve Smith missed the third test because of a mild concussion. But his comeback innings was quite remarkable. Smith scored a match-winning double century and ensured that the urn stayed with the Aussies.

In the first morning Aussies were once again Struggling at 28-2. Smith took the onus on himself and smashed the third double ton of his career. Aussies went on to score a total over 450 and ended up winning the match by 185 runs.

For every cricketer, their first test century is always something special. Steve Smith’s first test century came against his favourite opponent England. Having lost the series 3-0 already, Australia headed to the Oval intending to restore some lost pride. This test turned out to be a good one for Steve Smith.

Smith’s 138* and Watson’s aggressive 176 propelled Aussies to 492/9 in their first innings. In reply, England bundled out for 377. Aussies set a target of 227 for England to chase. England needed 21 more from 24 balls with five wickets in hand when play was halted by the umpires due to bad light. So the Match ended in a draw.

“When the tough gets going Steve Smith gets going”. The mental toughness that he showed after his comeback is quite extraordinary. At present Steve is the best test batsmen. He even Goes past the likes of Indian captain Kohli. Langer described Steve Smith as the great “problem solver”.

Steve Smith still has a lot of action left in his career. He is into his early 30s now. He is on track to break more and more records in the coming years.

Top 5 Most Wickets In Test Matches For England